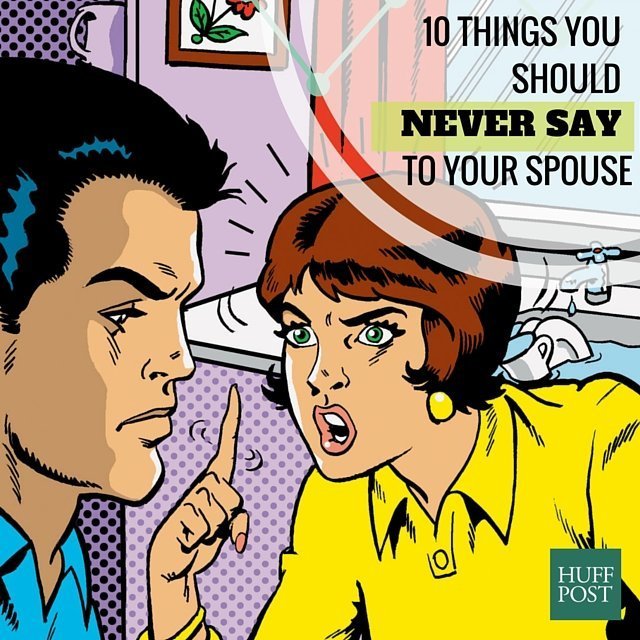 But we’ve all said it anyway.

Before we married, we had a number of things that we imagined would never happen to us. Things we wrongly assumed only happened to careless people, or to people who couldn’t be bothered to take necessary prevention measures such as obsessively repeating: “Tufiakwa!” “It is not my portion” “It can only happen to my enemy!”

You know them. The ‘spouse droppers’.  You ask them “How are you doing today?” and they reply “My husband and I are well.”  You ask them what the weather is like outside and they answer “It is raining but the love of my wife is keeping me dry.”  You invite them over for girls’ night out and they ask “Can I bring my husband?”

To be honest, I never actually promised not to name drop my wife into every conversation.  In fact, I was more than happy to. But Naijawife on the other hand was adamant that she would never do such. “Those women are so annoying! Everything is ‘My Husband’ this! and ‘My Husband’ that! Do they constantly need to remind us that they’re married? Are we supposed to talk about their spouse every single time?”

And then she had me make a blog where we talk about being married ALL the time.  So much for that resolution.

We kept to this one. But it does feel like many of our single friends automatically abandoned us the day we said “I do.”

It hurts…but only in the way getting dumped by someone hurts because you wanted the privilege of being the dumper, not the dumpee.

I was definitely guilty of this one.  I swore I would never gain the typical Yoruba man pot belly.  It is a known fact that we of the South-Western starchy food persuasion are more prone to looking like we’ve somehow defied nature’s rule of “Only Women Can Get Pregnant.”  Before we married, I ranted and ranted about how I would not turn into the typical “Baba Suliat” like so many of my male friends had done merely months after they’d gotten married.  I wanted to continue to rock my tailor made suits, and keep my dapper reputation going.

How successful have I been? 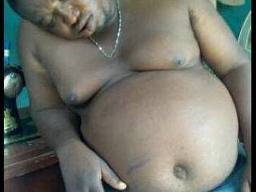 No my stomach is not this big…but well, we all start somewhere

Then came the day we both stepped on the scale and realized we’d succumbed to the ‘married people must become fat’ curse.  Naijawife started tossing out everything starch like in our house.  No more pounded yam, no more eba. She started obsessively watching shows about plastic surgery, and even gave up her beloved Jacob’s crackers (though I think she’s just secretly stashed them somewhere else).  With each bowl of rice she tossed, she kept screeching “I refuse to buy new clothes! Size 8 is not my portion! I reject the spirit of heavyweightedness in my life! Cellulite must die by fire! I cast out every excess kilogram from the pits of hell!”

Jokes aside, there’s a more dangerous side to fooling ourselves that certain things would “never” happen to us.  It comes from simply making the assumption that you are not vulnerable and then leaving your guard down.  You tell yourself that you’re “not the type” to do certain things, and then before you know it, you’ve fallen into the same trap that so many others before you have. 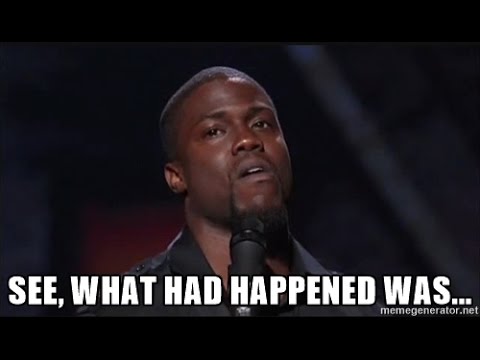 Straight confession. This happened. We were shocked. In denial. Depressed…and Angry.

But eventually, there were a couple of things that we (mostly I) had to realize when this issue came up.

First, that many couples go through a dry spell. It’s more common than we’d like to admit. Most times, it’s tied to something/triggered by some other issue such as financial difficulties, illness, travel and separation, etc.  We can’t help what challenges life brings our way, but we can help how we respond to it.

Second, that sex is a both a physical and emotional form of intimacy.

I’ve admitted earlier that I spent a lot of time in the past few years traveling and being generally absent, which we touched on in the Friend Zoned post earlier.  I thought she was fine with it, knowing it was all work related…and at first she was, but soon she’d complain that she hadn’t “seen” me in weeks.

I just didn’t understand. She’d complain. I wanted to solve it immediately. So what was the issue? Why was I suddenly feeling like we were living out a Dru Hill song?

Well, after we agreed to go to counseling, I finally understood that there had to be an emotional connection.  Absence made her heart grow colder, not fonder.  And for us, the physical distance was causing emotional distance.  As a man, this was just hard for me to understand.  Why can’t we just pick up where we left off? The more I tried to put things right, the colder she’d get.  The colder she got, the less interested I grew.  She felt she couldn’t just hop into bed and jump into action with someone she hadn’t seen in a while, and she wasn’t going to do anything unless she felt I really wanted her.  In my mind, all I could think was “Of course I want you! Isn’t that obvious? Why can’t you take me at my word?”

But the truth is that it wasn’t obvious.  I wasn’t making her feel wanted…and when you’ve taken someone for granted, words are not enough.

We were stuck in a vicious circle. With no real way to break out.

Not in our own power anyway.

But more on that later…